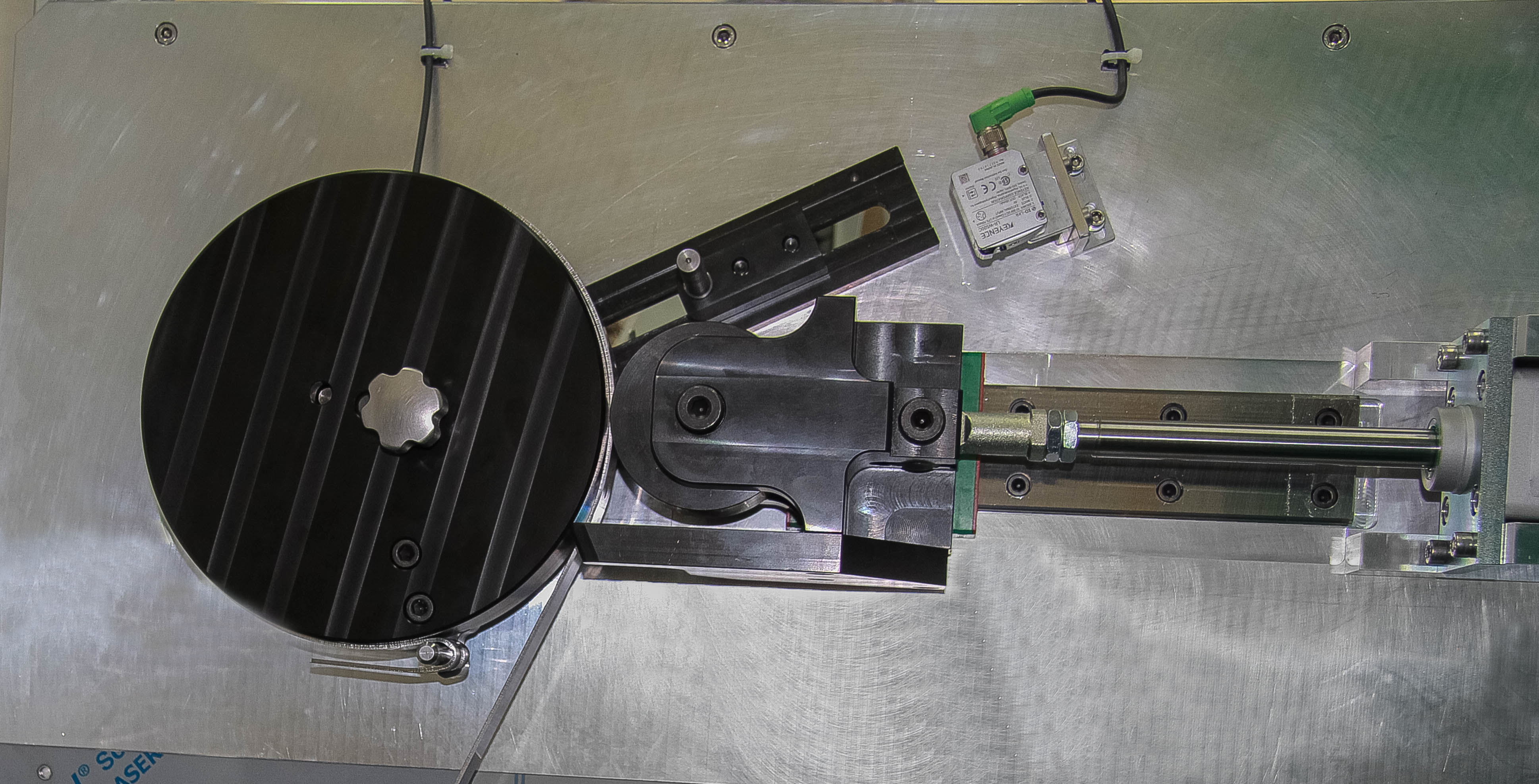 The unit is a Powered Radial Former. This unit forms radial straps of alternate lengths and diameters to form two halves of a clamp. This machine is activated using sensors and light guards. When the light guards are broken and a part has been placed in the machine the cycle will start. A colour sensor […] 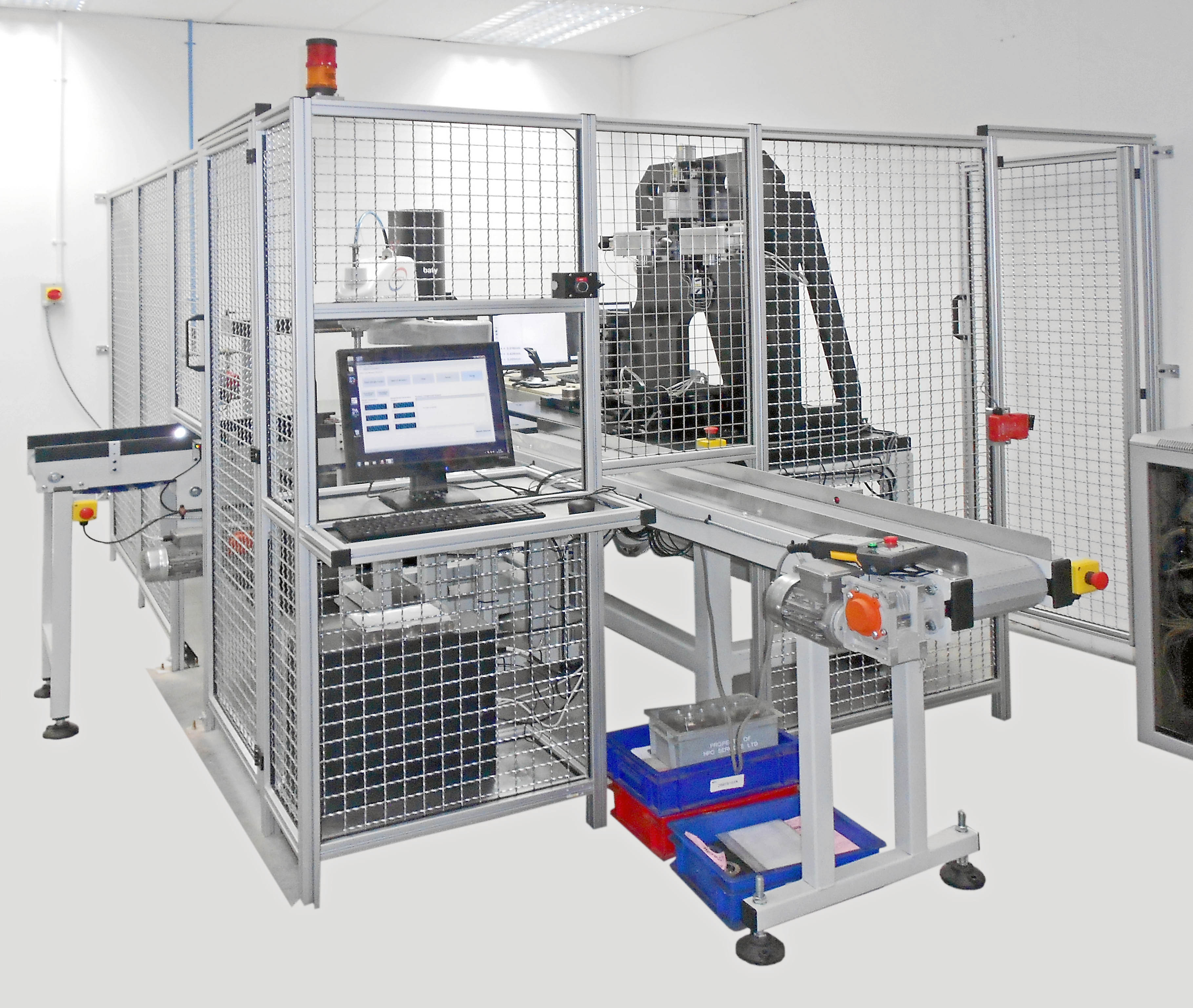 This is an automated Final Inspection system for checking radial and axial clearance as well as key dimensions on spherical plain bearing assemblies, using a Baty CMM and a bespoke Clearance checker designed and manufactured by STT. Bearing assemblies are manually loaded onto an input conveyor. A conveyor indexes forwards until a part is detected […]

This machine is a tray De-nester which has been developed here at STT. This was produced to improve the production line at a food company we have been working with. The unit separates stacked trays into singles on a conveyor. The trays are loaded at the top of the machine inside the guides. They are […]

This is an auto loaded multi axis Router Transfer machine developed by STT. This Machine is for edging, chamfering & profiling Number Plate Blanks with a 3.5s cycle time.   Blanks are loaded on an indexing conveyor, fed through an escapement where they are picked up, rotated 90° and pushed through a centraliser to position them […] 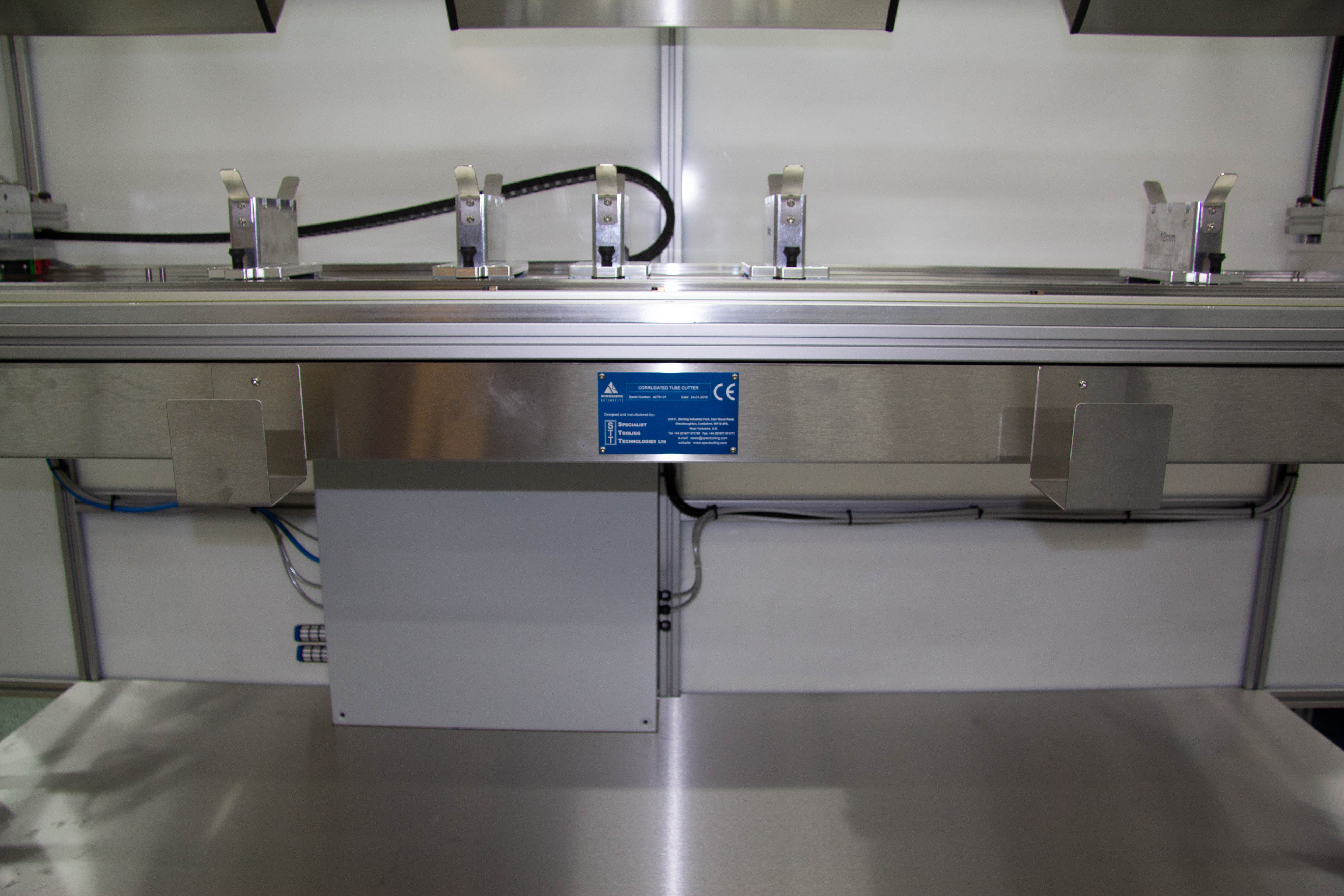 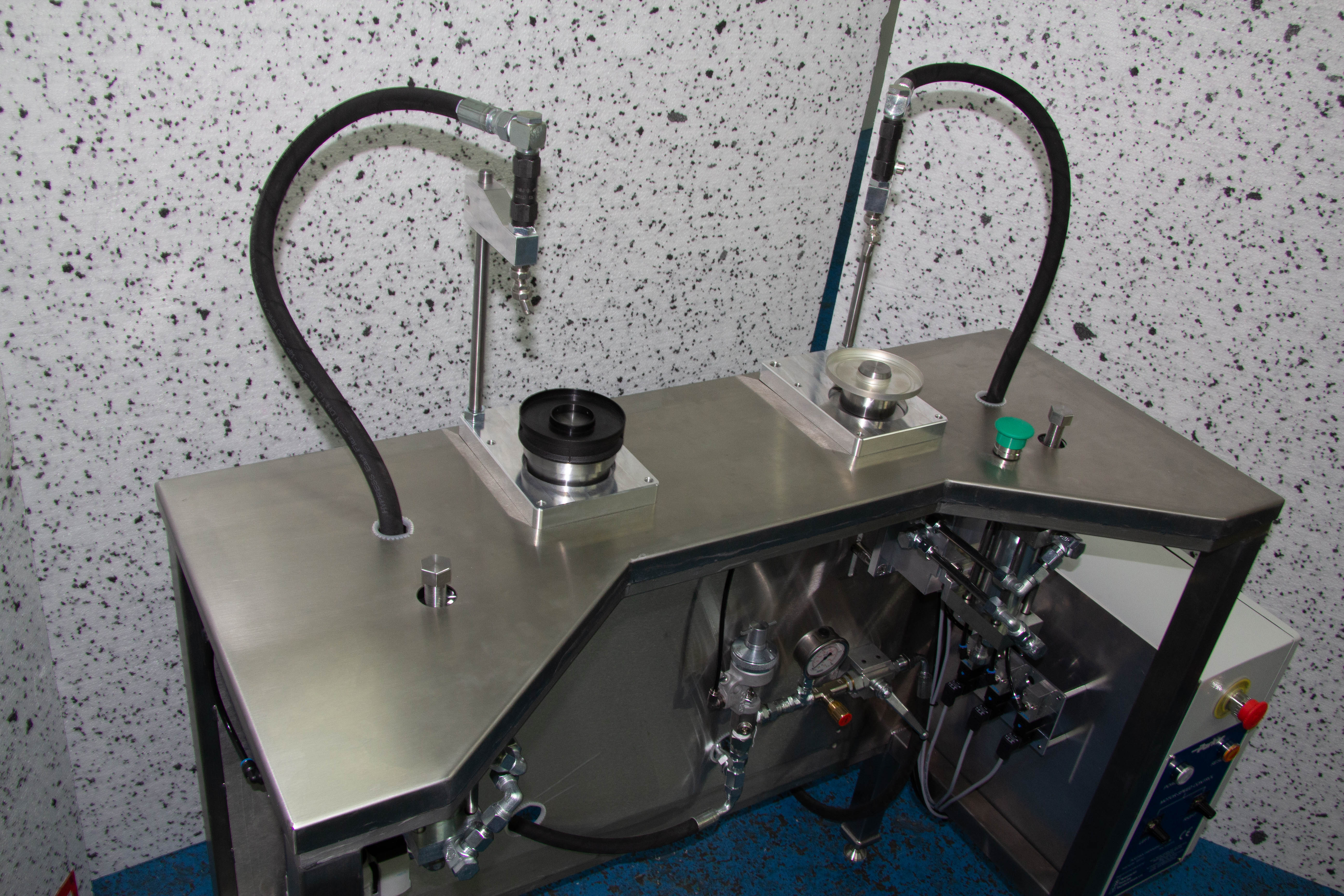 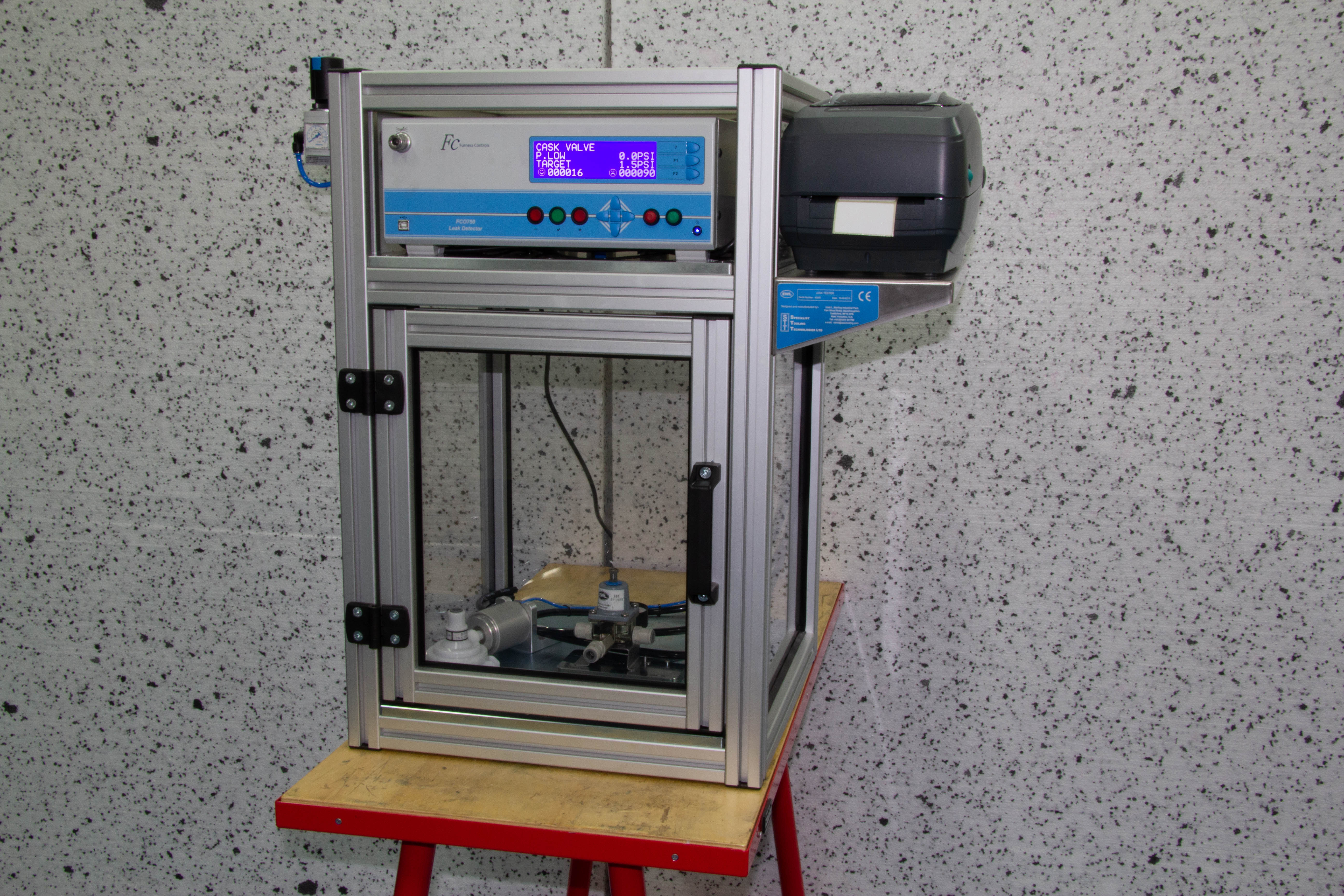 At STT, we have made various leak testing units for different components. We have produced large leak testing units with automated enclosure doors to test automotive parts, such as brake and fuel lines. This machine is capable of testing a variety of parts with different pressure tests. These tests are selected on a furness control […] 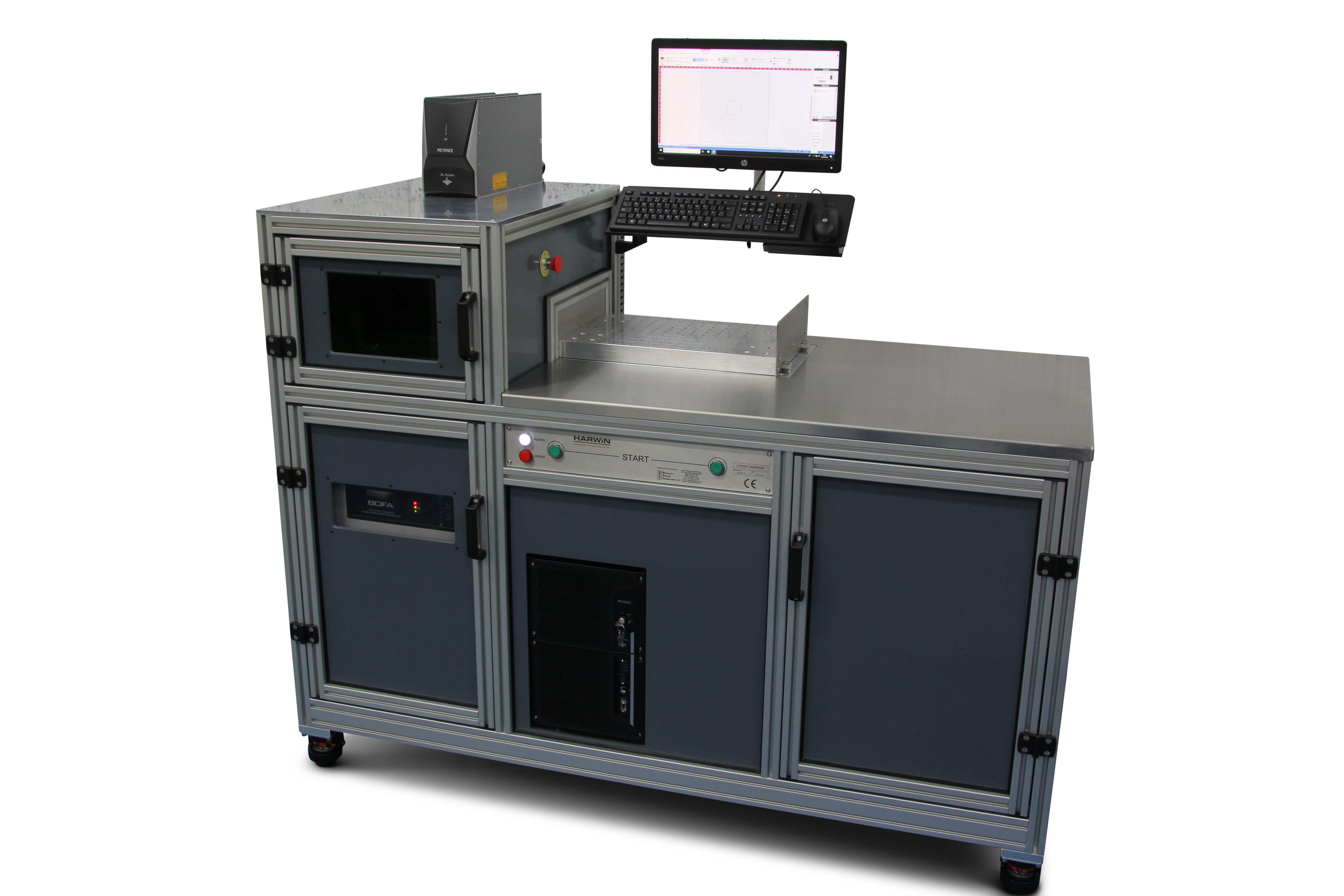 At STT, we create bespoke laser marking machines. These can be integrated with automated loading and extraction systems. This is an example of a laser marking workstation we’ve previously designed and built for a customer in Hampshire. Based on a Keyence MD-X1020c laser marker, which has a 330 x 330 x 42 marking area with […] 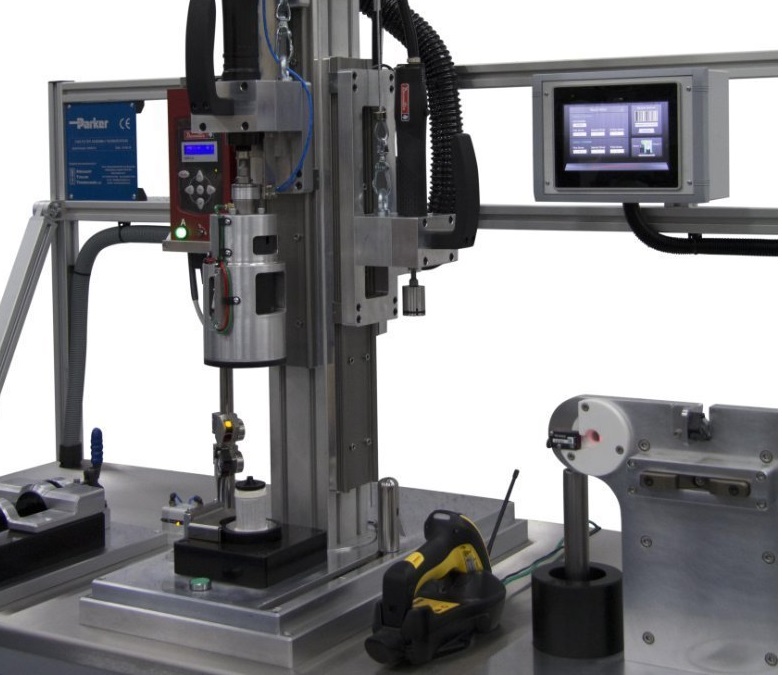 The assembly type to be built is selected via a barcode on the works order which configures the drives and build sequence. At each section, sensors detect the presence of O’rings etc. before allowing the operator to move on to the next OP. The central tool tower rotates to present the correct driver for the […] 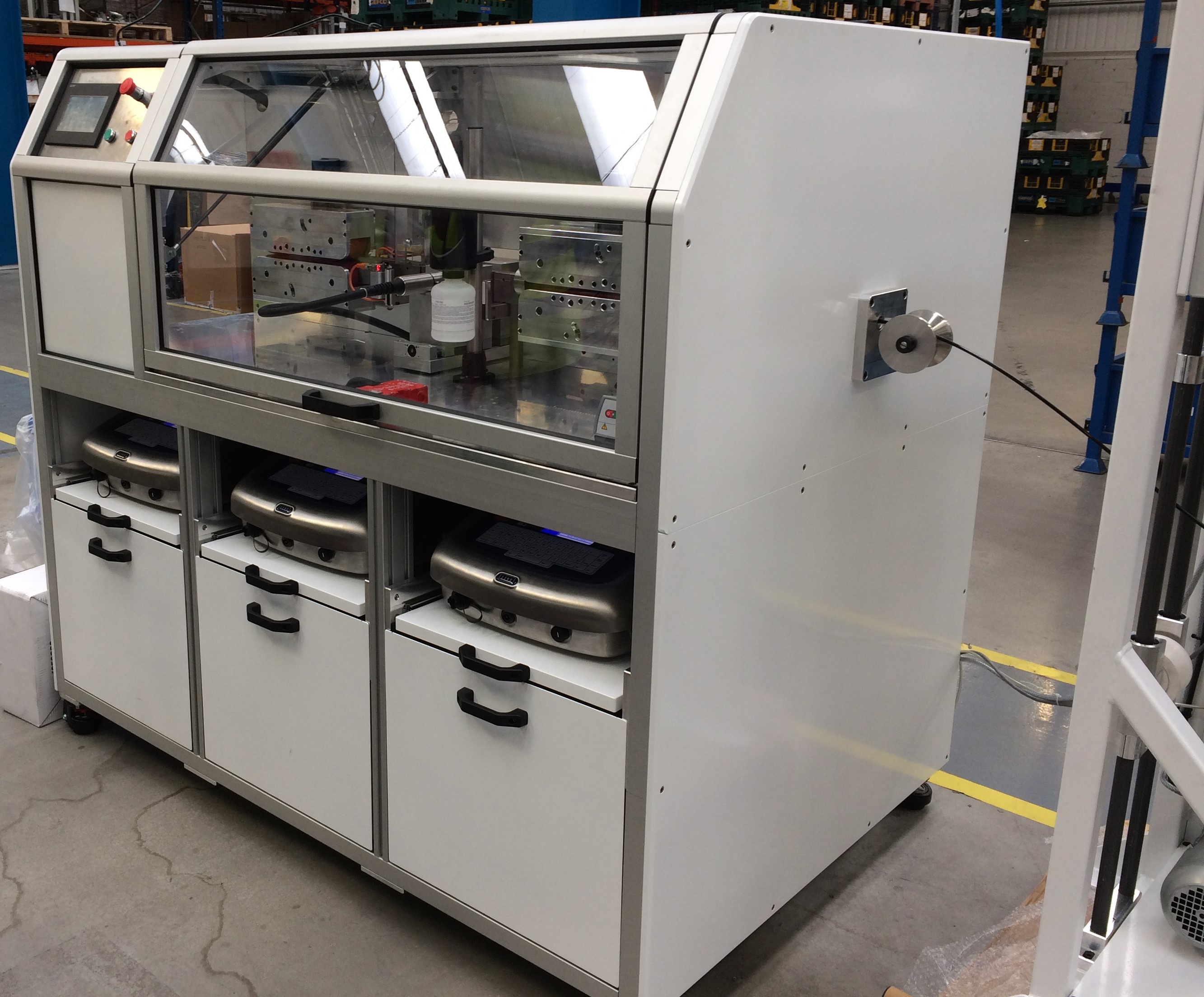 This is a machine we recently designed and manufactured for inkjet marking and cutting to length plastic tube, although it can easily be adapted to cut other media such cable. The media is pulled from a reel into the machine, through an integrated straightening device via a caterpillar feeder, inkjet marked on 1 or both […]